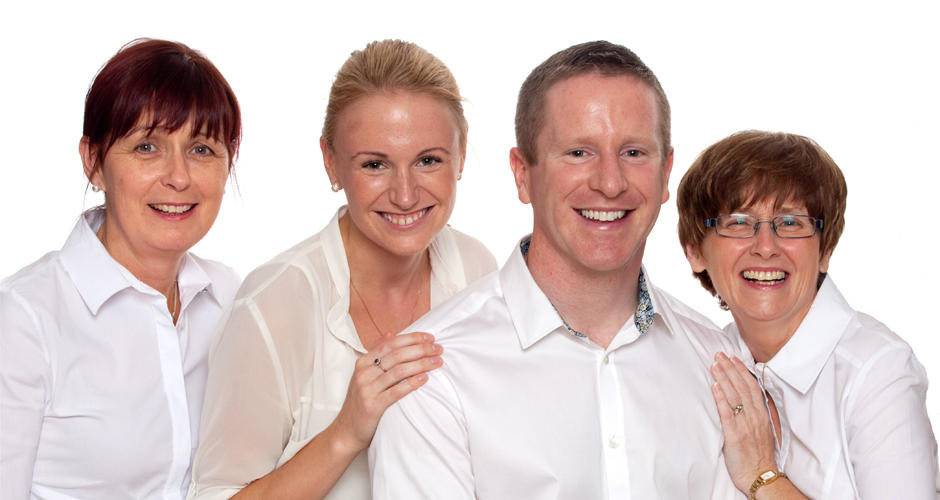 Dynamic Chiropractic was established in 2003 by John Dineen D.C. and Toby Hall D.C. following their training together at the Welsh Institute of Chiropractic. John and Toby identified an opening for a chiropractic clinic in the South East with a speciality in biomechanics, focusing not only on symptom resolution but also on correction of the body as a functional unit.

Following its set-up in Lismore Park, Waterford City in August 2003, Dynamic Chiropractic rapidly grew and moved to its own clinic in Catherine Street early in 2004. After Toby’s departure for New Zealand, Michelle Chai joined the team in 2005. Our dear Michelle passed away after a short illness in 2013. Our tribute to Michelle is located here.

In January 2007, a state of the art purpose built clinic was opened at Manor Village on the Cork Road. Anastasia Cash joined our team in 2013, bringing another level of expertise, experience and passion. More recently Kimberley Lewis has joined us. Having graduated in 2001 from Palmer College of Chiropractic USA, Kimberley brings a wealth of experience and knowledge.

Over the years, the clinic has provided care to its ‘home’ hurling team of Mount Sion, several county hurling teams and many local and national athletes and sports persons. Many of our patients however are not famous for their sporting endeavours, but work rest and play a lot easier thanks to our healing powers.

He set about establishing a centre of excellence for Chiropractic in Waterford in 2003.

John has a treatment approach that involves establishing the root cause of pain, symptoms and injury, leading to long term resolution. He also specialises in gait correction and orthotic prescription, enabling optimum biomechanics to assist in the achievement of optimum results. He utilises all aspects of chiropractic care, along with acupuncture to achieve results. He is also actively involved in the treatment of many sports professionals and teams.

Dr Anastasia Cash M.Sc. (Chiro) D.C.
Anastasia (Ana) hails from the lovely East Coast of Wexford. She spent her younger years working on the farm at home, so she is not afraid of hard work and loves a challenge!

Ana became interested in Chiropractic when her Mum suffered a back injury during one of the busiest periods of the farming calendar, and needed to get back to work fast. A local Chiropractor offered the solution, Mum and family were amazed with the results, and Ana was ultimately inspired to pursue her chosen career.

Both of Ana’s brothers have represented their county on the GAA field so she is very familiar with the concept of injury prevention and maximising performance, this now is an area that she excels in.

Ana has also received specialist training in the area of paediatric treatment and care during pregnancy. This allows her to help expectant mothers during what can be a difficult time, and she achieves fantastic results with even the youngest of babies and infants.

Ana has also completed qualifications in Physiology and Clinical Hypnotherapy, Dry Needling, Kinesio Taping and Activator. Not one to rest on her laurels, she continues in active education. Working closely with John, Ana thrives on achieving results for our patients and is an incredible asset to the team.

Kimberly being from the USA and growing up on a farm just down the road from Palmer Chiropractic, has benefited and been familiar with chiropractic care her entire life, so it was a natural choice for her to become a chiropractor. Palmer Chiropractic is considered the natural home of Chiropractic and to have a Palmer graduate of Kimberley’s quality at our clinic is a huge asset.

Since graduation in 2001 Kimberly has spent much time in continuing additional education to learn new and advanced ways to improve and enhance her talents and further help her patients. She ran her own successful practice for many years in South Carolina, USA. She has also done extensive service work in South America.

Kim’s vast experience qualifies her to successfully resolve a great deal of musculoskeletal complaints and optimise function of the body and nervous system. She is passionate about her work, with a great desire to help others and is very pleased to be now based in the Sunny South East. Kim’s hobbies are training her dogs for agility courses and outdoor activities such as camping and kayaking.

Ann O’Neill (Morning Reception)
Covering reception for our morning shift, Ann has worked with Dynamic Chiropractic from the very beginning. She is our clinic manager and when not at the clinic has a passion for singing, having achieved bronze, silver and gold medals in voice with the Royal Irish Academy of Music.

Rose Deegan (Afternoon Reception)
The glamorous face of the afternoon show, working evenings on reception, Rose joined the clinic in 2004. Outside of the clinic, her hobbies include hiking. You may well see her up the Comeragh Mountains early on a Sunday morning.